Israel is the Real Terrorist State

This video reveals who the real terrorists are. The traitors in our government support this because they are paid off by AIPAC (American Israel Public Affairs Committee), the Zionist Israel Political Action Committee in Washington. 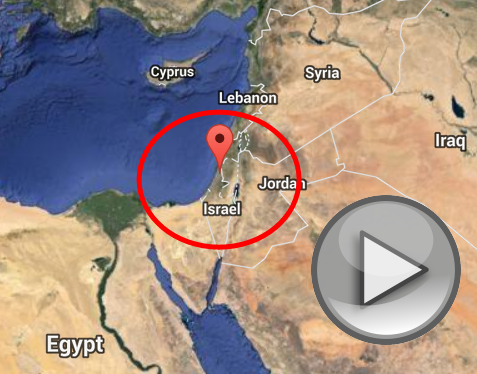 IMPORTANT: This video is not anti-Semitic. It is anti-Zionist. If you don't know the difference, then you are a part of the problem, not the solution. Look past the messenger. The proof I speak of is in the news reports shown in this video, not the word of the narrator. This video reveals who the real terrorists are. The traitors in our government support this because they are paid off by AIPAC (American Israel Public Affairs Committee), the Zionist Israel Political Action Committee in Washington. Most of our politicians in Washington sign an agreement of allegiance with AIPAC in order to receive the bribes and the money they pay out to support their re-election campaigns. These politicians are clearly traitors and terrorists, and have repeatedly sold out American lives in staged terror attacks and unconstitutional, immoral and genocidal wars for their own political gain. And they continue to support acts of terrorism and treason. They will take us into World War 3 with Israel unless we stop them now! Support Ron Paul! He is the only candidate in the race for the presidency who is not bought off by the terrorists.

The United States is on alert and has deployed military assets to defend the Atlantic coastline from New York to Charleston from attack by a cruise type missile or low flying aircraft.

Heightened security measures began with Israel’s increasing threats against Iran but increased with the mysterious disappearance of Malaysian Airlines flight 370.

Sources at the highest levels of the US military and intelligence community cite the possibility of a terror bombing, even using nuclear weapons, most likely to be submarine launched. This is what is being defended against.

However, the plot, we have been informed, was to include a seemingly hijacked airliner which would be blamed on Iranians, as stated by Joel Rosenberg while speaking with Greta van Susteren on Fox News, March 18th. Rosenberg claimed the Iranians hijacked the plane to attack Israel.

The US, however, believes someone other than Iran is planning an attack, on the US, not Israel, and planning to blame Iran.

“According to reports from plane-spotters, Israel has an identical Malaysia Airlines
Boeing 777-200 in storage in Tel Aviv since November 2013. The only visible difference between the missing plane and the one in Tel Aviv would be its serial number. What do the Israelis have planned with the twin Malaysia Airlines plane?
By using the twin aircraft they have in storage, the terror masterminds may have a sinister plan for the missing plane to seemingly reappear in a false-flag atrocity. Public awareness of the twin plane in Tel Aviv, therefore, could prevent the evil plot from going ahead.”

After Bollyn’s detailed and well supported story was published, a full scale public relations “counter-offensive” was launched by Tel Aviv.

However, US sources say this effort has backfired, indicating that if an Israeli role in the missing plane had never been considered before, it certainly is now. One highly placed source stated:

“In light of Israeli efforts to get Jonathan Pollard released including overt blackmail, the current ‘bottoming out’ of relations between Israel and the Obama administration have created a very dangerous situation. Israel may well do anything.”

On March 25, 2014, President Obama addressed the Nuclear Security Summit at The Hague, Netherlands. 53 heads of state were in attendance.

Prime Minister Netanyahu of Israel did not attend. This is the 3rd Nuclear Security Summit that Israel has boycotted thus far.

During the closing press conference, Dutch Prime Minister Rutte had just finished congratulating Iran on its cooperation, lauding the United States for a diplomatic success. Rutte made the following announcement while standing next to President Obama:

“…progress is being made. Take Iran. I spoke with President Rouhani in Davos at the World Economic Forum in January. We have now interim accords. The fact that I was able — the first Dutch leader in over 30, 40 years who spoke with an Iranian leader, President Rouhani — was possible because of the interim accords, and it seems that it is holding. America provides leadership there.”

Normally such a warning would seem less ominous but these are not “normal times.”

These assets include AWAC (Airborne Warning and Control) aircraft, AEGIS missile defense naval assets and JLENS aerostat mounted cruise missile defense systems.
It isn’t unusual for AEGIS ships to be offshore. It has been a standard procedure to use AEGIS to defend both New York and Washington since the “procedural failures” of NORAD on 9/11. However, AEGIS assets that had previously been assigned to provide the actual capability of Israel’s vaunted “Iron Dome” missile defense system are no longer “on station.”

This move signals one or more of the following strategic policy “adjustments” on the part of the US:

• The threat of a preemptive attack against Israel by Iran is considered nonexistent.
• Withdrawal of “Iron Dome” assets gives the US needed leverage during renewed Palestinian talks
• The US recognizes the dangerous relationship between extremist factions in both Israel and the US capable of actions, including nuclear terrorism that would be to the extreme detriment of both nations

In 2010, Israeli historian, Martin van Creveld, stated that Israel was ready to use nuclear weapons against capitals around the world if “the Jewish State” were threatened.

Creveld, an advocate of Israel’s withdrawal to 1967 borders and a respected educator and pragmatist wasn’t issuing a threat. He may well have been informing the world, in his own way, of a “capability.”

Four days ago, the Israeli Foreign Ministry shut down all embassies around the world on the basis of a pay dispute with a trade union.

While this may well be true, others “less trusting” cite the long-time rumor that Israel has stored nuclear weapons in all her embassies.

“SNM” stands for “Special Nuclear Material.” Nuclear weapons give off, not only high energy photons but SNM is now detectable by satellite based sensors even if stored inside a shielded container.

Sources indicate that “SNM” has been detected at Israeli embassies and consular facilities. There is, in fact, a “war plan” that includes simultaneous assaults on the worldwide embassy/consular facilities of a TBD (To Be Determined) nation in case of “special circumstances.”

Though no specific mention of Israel is made, the infamous “Samson Option,” Israel’s plan to “take down the world” if threatened and the cryptic statements of Creveld come to mind.

Thus, with the mysterious closure of Israeli facilities around the world, facilities conspiracy theorists and perhaps “others” believe may contain “doomsday” nuclear weapons, other factors build a realistic threat mosaic:

SILENCE SHOULD HAVE BEEN “GOLDEN”

Assailed from every side, Israel has had the opportunity to exercise both intelligent restraint and diplomatic capability in response to unprecedented worldwide condemnation.

Yet the choice has been to exercise every imaginable option to, not only increase scorn and isolation but to seem as hostile and irresponsible as possible.
One can only wonder if such policies are intended more to unify Jews behind suicidal Israeli blunders than support a “Jewish state.” Source: 2127news.net/2014/03/us-forces-on-nuclear-false-flag-high-alert-duff/